Progress – Keeping it in perspective 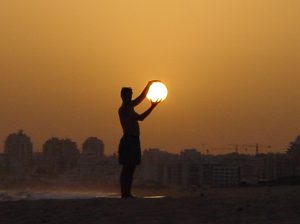 “I feel like I’m not getting better, like nothing I’m doing is right”. A sentiment echoed in Brazilian Jiu Jitsu gyms across the globe. Day in and day out practitioners toil, exerting maximum effort to achieve even the most miniscule gain-because they all know that progress is the goal rather than perfection. But after the continuous exhausting work some people are still left feeling dissatisfied. Whether it’s their performance relative to their teammates’ or merely against a mental image of themselves that they have, it can be frustrating not seeing the progress you desire and work so hard for.

And yet…because people are often so focused on the NOW aspect of their respective abilities, it can be easy for them to forget where they started and just how far they’ve actually come. To help visualize this fact, think back to when you first started Brazilian Jiu Jitsu, back to when you first donned your Gi and were still fumbling with how to properly tie your belt. In those days, the bane of many beginners’ around you were the warmup drills. The running, the jumping, the pushups and other bodyweight exercises definitely humbled quite a few individuals. So much so that it became common place to notice people begin coming into class late hoping to avoid the warmup (yes, we noticed you all!). Back in those days when people would think to themselves, “ok this is more than enough running, lets just roll”! However, after only a few weeks of these seemingly torturous exercises something began to happen, their bodies started to adapt and their minds no longer told them to quit-that they really couldn’t do it.

But you kept at it and something happened-almost as if by magic. You went from needing to stop and catch your breath after nearly every lap to being able to keep up with your teammates. At first you thought perhaps the running had slowed. But then you noticed that you were actually able to keep up during the pushups and situps drill as well…you couldn’t understand it. In your mind you didn’t look any differently, and you certainly didn’t feel any differently. So when you catch yourself questioning your ability, doubting yourself and your efforts-stop and think about it, you are getting better, everyone who trains is. Stop looking for the HUGE jump and start noticing the small steps. Similar to building the foundation of a strong house; brick-by-brick, your Jiu jitsu is built by multiple small improvements. When looked at individually they may seem small and insignificant, but when viewed at a distance it is easy to see the new you being formed.